In terms of good governance, Tanzania achieves average scores in global rankings. One sign of progress is that citizens are beginning to demand more insight and influence than previously. Citizens, parliament, media and civil society are increasingly demanding that the government act responsibly, and that it be accountable to the population. Tanzania has also recently seen improvements in budget transparency and people’s access to information, but the political environment continues to be dominated by a top-down approach.

The government is constantly challenged on issues of effectiveness and rule of law, and the fight against corruption continues to be one of Tanzania’s major challenges.

Decades of reforms in the public sector have resulted in Tanzania scoring relatively better than most other African countries on Public Financial Management (PFM). A wide range of laws, regulatory bodies and systems have been enacted and implemented over the last 15 years. Procurement regulation is of international standard, but it continues to be a challenge to ensure compliance with these standards. Public budgets have become more transparent and open, but the citizens’ active engagement in these issues continues to be modest. The oversight capacity of the National Audit Office continues to improve, and its reports are being discussed among the public and in parliament, but following up the Audit Office’s recommendations continues to be a challenge.

Over the past decade, the government has been successful in increasing tax revenues, partly through more effective tax administration. Collections correspond to almost 18% of GDP, which is high by African standards. A challenge for the future is to revise tax policies so that the tax burden is distributed more broadly in society. Of particular concern is the large amount of tax exemptions, which is estimated to cause annual losses of almost 4% of GDP. In addition, the complex and non-transparent system of exemptions contributes to corruption. Rationalizing of the system and reducing the number of exemptions requires a comprehensive technical and professional effort and capacity, but political will and resolve are equally important.

Corruption remains a central and serious challenge for Tanzania, in terms of both good governance and for the entire social development. The levels of petty and grand corruption identified in international and domestic surveys continue to be of considerable concern and affect all sectors of the economy from public service delivery to natural resource exploitation, industrial production and business. The formal anti-corruption legislation and anti-corruption institutions in Tanzania are comparable to those of most other African countries. Hence, in principle, there should also be good possibilities to initiate a far more effective struggle against corruption, but this requires a combination of political commitment and increased engagement from the media, civil society and the parliament. There have been some positive developments in recent years, but key challenges remain in implementing and enforcing the legislation. Similarly, it is a great problem that very few of the corruption cases end up being prosecuted in the courts.
New major opportunities and initiatives are underway. Steps have been taken to implement legislation and to meet the standards promoted by organizations such as the Children Care Development Organization (CCDO) through its project of “Increasing Women’s Awareness on Good Governance in Tanzania” under support from the African Women’s Development Fund (AWD), See the attached Report for further information awareness regarding our contribution to the promotion of women rights in Tanzania. This entails strengthening of domestic revenue and financial management, and positive developments within PFM reforms. Crucial, however, is a continued strengthening of the systems and mechanisms for openness, accountability and transparency in the public system.
Natural Resources Management
Tanzania is rich in natural resources and has one of the highest forest covers in East and Southern Africa. The wildlife is rich, and the tourism sector is growing rapidly, currently contributing with 18% of the country’s GDP. The mining industry has experienced high, but greatly fluctuating growth rates in the last decade with an annual average growth rate of 15% per year. However, it should be noted that the growth departs from a low base, and that the mining industry constitutes less than 5% of Tanzania’s GDP. The government expects that the mining sector will grow to 10% of GDP by 2025. Natural resources already account for a large proportion of Tanzania’s exports. In 2010, mineral export alone accounted for almost one-third of Tanzania’s total exports.
The recent discoveries of very large off-shore reserves of natural gas and potentially oil will make the extraction industry in Tanzania even more important. The expected intensified extraction, export and domestic exploitation of Tanzania’s natural resources holds great economic potential. It could contribute to solving the country’s long-standing energy crisis and significantly boost domestic revenue. Current estimates are that when gas exploitation reaches full production, incomes from extraction alone will be more than three times current ODA to Tanzania. Over the short to medium term, however, revenues from the natural gas will not be significant, and it is possible that the government may choose to mortgage its future income in order to satisfy short term needs. This tendency is already evident from the increase in government borrowing.
Based on current experience from the mining industry, there is no certainty that the exploitation of natural gas will generate large numbers of new jobs, unless significant new policy measures are taken to ensure this. The government is aware of the potential benefits to the nation’s economic development if linkages between gas exploitation and the local economy can be established, e.g. through local processing and subcontracting. Existing tax policies are being reviewed in order to use international experience to ensure national public revenues from exploitation of the gas reserves. In 2012, Tanzania’s policies in the extraction sector were declared compliant with the EITI standards, and implementation of the necessary legislation has begun.
Environmental Challenges & Climate Change

Tanzania’s economy remains vulnerable to the environment. The country has relied heavily on hydropower to meet its electricity needs, but in recent years, electricity production generation has proven insufficient, due partly to poor rainfall and depletion of hydro reservoirs. The impact of climate variability Tanzania’s predominantly rainfall-based agriculture is also very evident. Most of the country’s agriculture is directly dependent on annual rainy seasons, and there is a close relationship between variations in the amount of rainfall and differences in the country’s annual economic growth. Agricultural production accounts for nearly half of Tanzania’s GDP, and reduced agricultural productivity has already occurred as a result of changes in rainfall patterns. In some regions, this has created problems for the total food production and food security. In early 2013 Tanzania adopted its first ever strategy to reduce the negative impact of climate change. 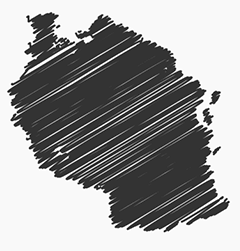